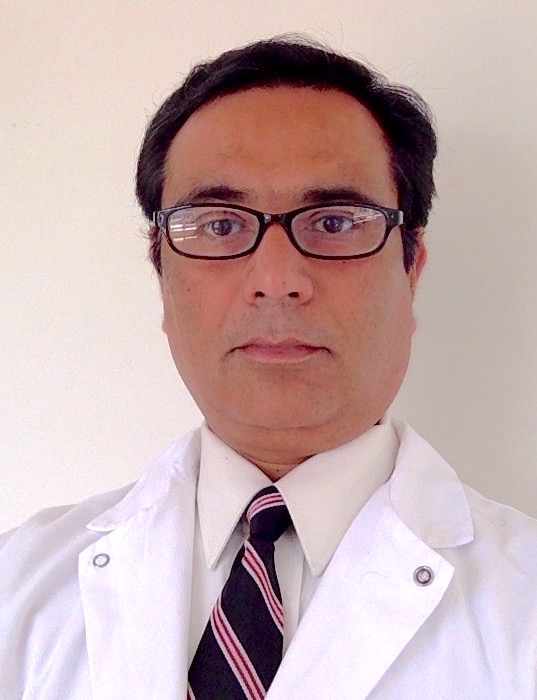 The long-term goal of our research is to identify and produce novel therapeutic agents, which have the potential of translation from bench to bedside. Our major interest lies in autoimmune and inflammatory diseases with focus on the Regulatory T-cells, which is a specialized helper-T cell subset that prevents abnormal activation of the immune system. We are exploring the role of alarmins and stress-related molecules in the biology of regulatory T-cells. The broad hypothesis is that acute stress signals, which induce recruitment of inflammatory cells for clearance of danger and pathogenic signals can be exploited to promote regulatory T cells for therapy of inflammatory disorders. Autoimmunity is regulated by two major factors (1) genetic predisposition and (2) environmental insult. Since genetics cannot be altered, we are invested in identifying the environmental/microenvironmental insults that may trigger an autoimmune reaction. The disease models we study are related to pancreas and kidneys, such as type 1 and type 2 diabetes, diabetic kidney diseases, acute kidney injury (which affects upto 30% of all ICU patients) and lupus nephritis. Collectively these diseases are now the largest cause of human morbidity and mortality.
We have the following active projects:
1. Modulating homeostasis of immune-regulatory lymphocytes: Regulatory T cells (Treg) exert the major mechanism of peripheral tolerance. Treg deficiency causes early mortality in mice and humans due to multi-organ autoimmune syndrome. Most, if not all, autoimmune disorders are now being attributed to either numerical deficiency or functional inefficiency of the Tregs. We study the interplay of Treg and auto-reactive T cells, in terms of their homeostasis, effector function and migration/homing to the sites of inflammation. We have shown that IL-2 signaling plays an important role in all of these processes. For our studies, we use various mutant and knockout mice predisposed to autoimmune defects. We have developed several rapid and efficient models of Treg-deficiency based abnormalities that find applications in studies on autoimmune diseases including Allergic dermatitis, Psoriasis, Autoimmune pulmonary inflammation, Sjogrenâs syndrome, Type 1 diabetes and Ulcerative colitis (Inflammatory Bowel Disease).
My laboratory is involved in identifying novel druggable targets and generate therapeutic reagents to enhance regulatory T-cells homeostasis. We have identified several pathways, which are regulated by IL-2 and can be targeted pharmacologically for intervention in autoimmune and inflammatory diseases. One of these targets is the alarmin IL-33. We identified that IL-2 regulates the expression IL-33 receptor on Tregs and IL-33 can be utilized for promoting their function and homeostasis. We have generated a novel reagents IL233 (a hybrid of IL-2 and IL-33) which not only prevents inflammation, but also can induce remission in animal models of established disease including Lupus Nephritis, Type I Diabetes, Type 2 Diabetic Nephropathy, Hypertension and Acute Kidney Injury. Our studies have developed further leads for the roles of IL-2/IL-33 axis, regulatory T-cells and innate lymphoid cells in the regeneration of injured tissue.
2. PD-1 pathway and T-regulatory cells in Acute Kidney Injury: This is an NIH funded collaborative project between the Sharma Lab, Dr. Gilbert Kinsey, and Dr. Didier Portilla. Acute kidney injury (AKI) complicates at least 5% of all hospitalizations and up to 30% of cardiac surgeries, increasing mortality and progressing to chronic renal disease in a significant number of patients. Inflammation contributes significantly to the loss of renal function and kidney cell death. We have shown that CD4+Foxp3+ regulatory T cells (Tregs) are reno-protective lymphocytes and raise the threshold of experimental AKI. We found that expression of both interleukin 10 (IL-10) and the checkpoint inhibitor programmed death 1 (PD-1) on Tregs are required. Our ongoing studies focus on the interaction of PD-1 activation on the Tregs with their metabolism, cytokine response and PD-L1 expressing kidney epithelial and vascular endothelial cells. These mechanistic studies in mice will provide a platform for future pre-clinical and clinical studies of the therapeutic utility of Tregs and Treg-associated mechanisms in AKI.
3. Circulating Renal Protective Mediators in Cardiac Surgery Patients: Acute kidney injury (AKI) after cardiac surgery requiring cardiopulmonary bypass occurs in up to 1/3 of patients. The pathogenesis of AKI involves ischemia-reperfusion injury (IRI), endothelial cell dysfunction and activation of immune cells in the cardiopulmonary bypass circuit. A deficit of Tregs predisposes mice to kidney IRI. In this NIH-funded clinical collaborative study with Drs. Rosner, Lynch and Kinsey, we have proposed to evaluate Treg number and functional markers in adult cardiac surgery patients.
4. TREX1 pathway in autoimmune diseases: The Sharma lab is also involved in understanding the role of defective clearance of DNA from necrotic and apoptotic cells in pathophysiology of autoimmune diseases. We have identified an interplay of innate and adaptive immune cells in loss of tolerance to nuclear antigens, which also results in a gradual loss of regulatory T-cells and progression of auto-immunity to clinical inflammatory disease. This work is being carried out in collaboration with Dr. Fred Perrino of Wake Forest University and is funded by an NIH R01 grant.

As an immunologist and molecular biologist, I am interested in studying the pathogenesis of autoimmune and inflammatory diseases with a goal to find clinically viable therapies.
As the Immunology system leader, I enjoy teaching first-year medical students. I also mentor researchers from high school, undergraduate, graduate and post-doctoral levels to excite them about a scientific research career.